Next day  we had to get to the heart of the South Island- Queenstown. The mountains were left behind and we drove through the valleys with vineyards and orchards, and green meadows. Once in a while we would stop to enjoy the azure lakes. I’ve never seen more beautiful lakes like ones in New Zealand.

There are two kind of lakes in New Zealand. Some of them, like Lake Taupo are huge volcano craters. Other lakes, like  Lake Wanaka  and  Lake Hawea  were  formed by glacial  erosion during the last ice age, more than 10,000 years ago. They lie parallel valleys carved by a neighboring glacier. At their closest point (a rocky ridge called The Neck), the lakes are only 1,000 meters apart. 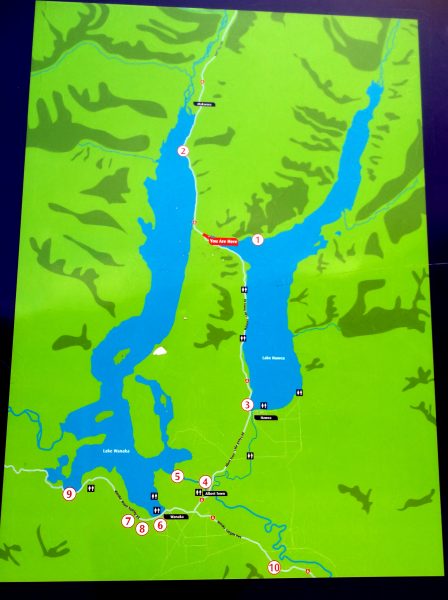 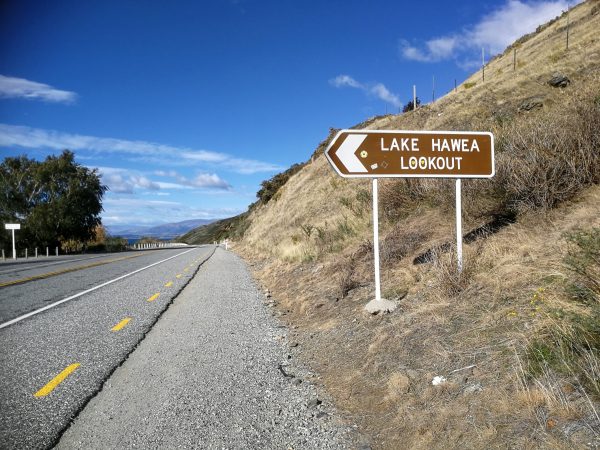 We only saw Lake Huawea from the road but we wanted to get close and personal to lake Wanaka:

We wanted to see Wanaka Tree. It’s photos and stories about how special it is are all over the internet. It is called the tree ”world famous”. Hmmm, here it is:

After visiting Wanaka we kept driving through the valleys with vineyards and orchards. We stopped at the Free Way Orchard to buy fruit and veggies for us:

We also got some ice with cream fresh berries: 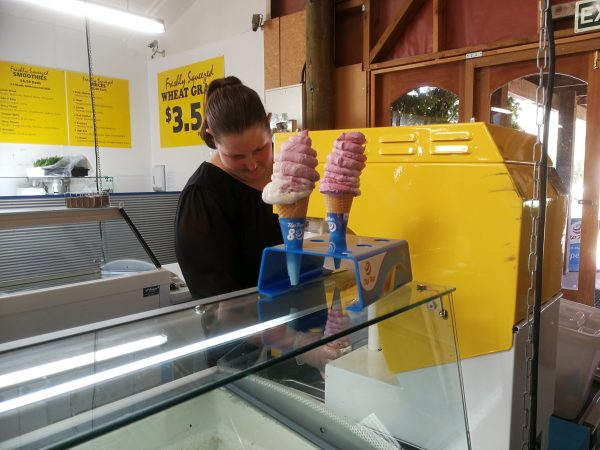 The orchard was located close to Cromwell : 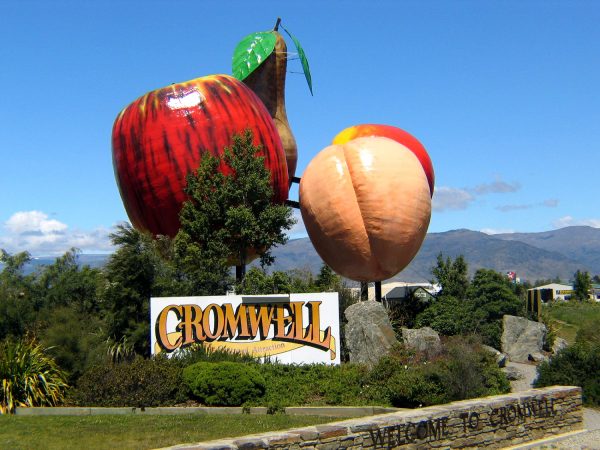 Cromwell was originally known as “The Junction”, being at the confluence of the Clutha  and Kawarau Rivers. In 1862, gold was discovered below the Junction. Finally the gold ran out, and Cromwell became the service center for an extensive farming and stone fruit growing area.

We had time so we visited the historic site of Cromwell: 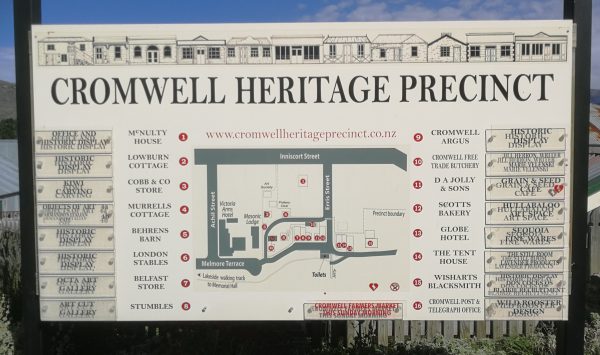 As I said before, Cromwell lay at the confluence of the Clutha River and Kawarau River, which was noted for the difference between the colours of the waters of the two rivers and also for the historic bridge at the convergence of the two. Since the construction of the Clyde Dam and the filling of Lake Dunstan in the early 1990s the river confluence was drowned, as was the old town center. Cromwell’s main street disappeared under Lake Dunstan. Some of the historic buildings dating back to the gold rush of the 1860’s were saved or lovingly rebuilt on higher ground, creating the Cromwell Heritage Precinct. Here are some historic buildings: 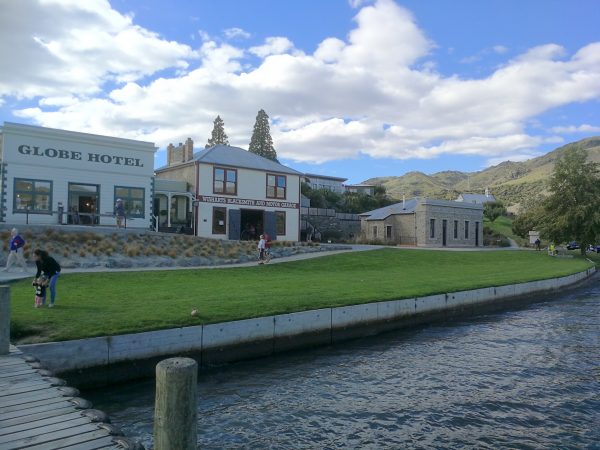 We left Cromwell and visited gold rush area by the river and stopped at the  Roaring Meg :

The day was coming to end and we hurried to reach our destination- Queenstown. That’s where we had most of fun.