We arrived to Queenstown, the heart of the South Islands. There are so many activities around, promising  a lot of fun.  They even call Queenstown New Zealand’s Las Vegas. Just because it is filled with tourists, and many places, to our big surprise, were open till late night. We stayed in Queenstown for three nights.

For the first time of our travel in New Zealand it was raining and we had to use every moment of dry weather to walk around. On the first day it happen when the day was getting close to the end. We walked around the center and found out that there was a pedestrian street closed to motorized traffic: 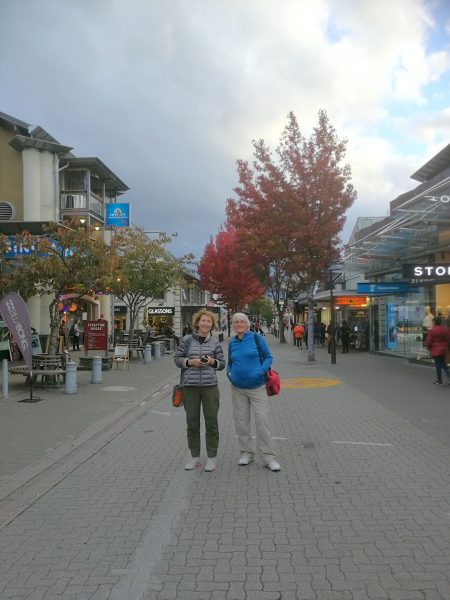 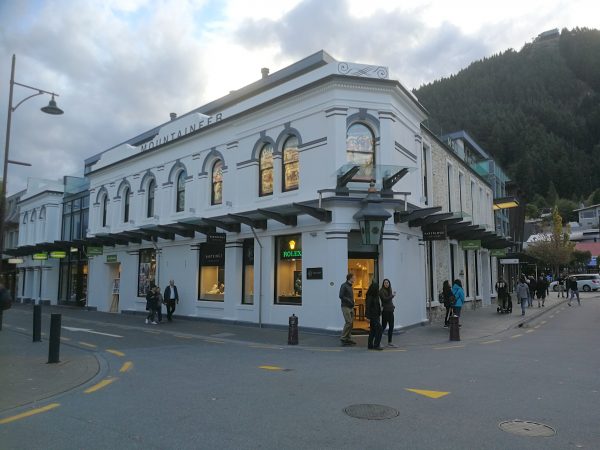 This is me by the monument to an extinct  moa bird: 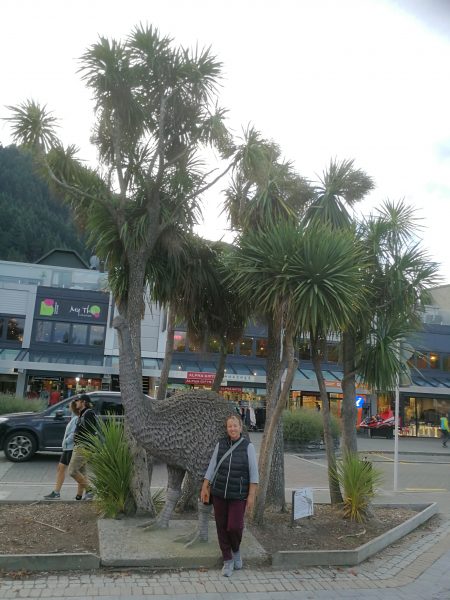 There were many other smaller flightless birds in New Zealand before white people arrived in 18 hundreds. The birds didn’t need to learn how to fly because originally there were no animals in New Zealand and birds had no enemies. White people brought cats, dogs, rats, possums and other animals and birds fell victims to them. Now there is only one flightless bird- kiwi– left. Kiwis developed nocturnal habits of life and that helped them to survive. We saw kiwis at the sanctuary but we saw only as much as human eye is able to see in a complete darkness. The only photo of kiwi bird I can offer is this, taken from the shop window on Napier:

Back to Queenstown now: 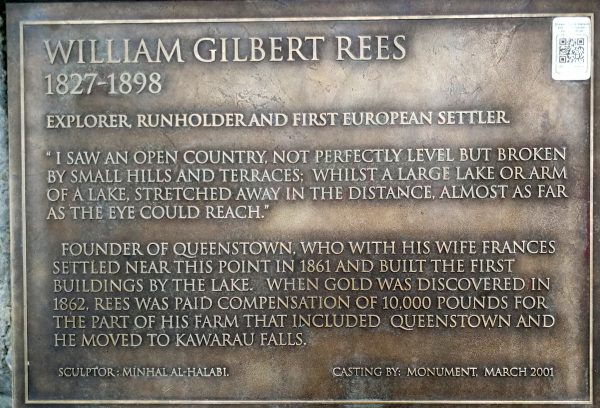 Late in the evening we decided to take a Skyline gondola ride to see Queenstown from above: 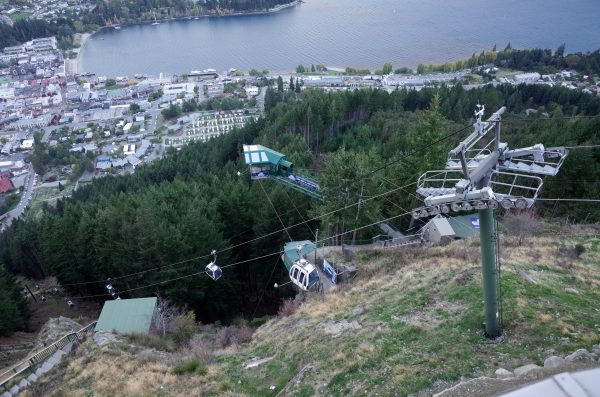 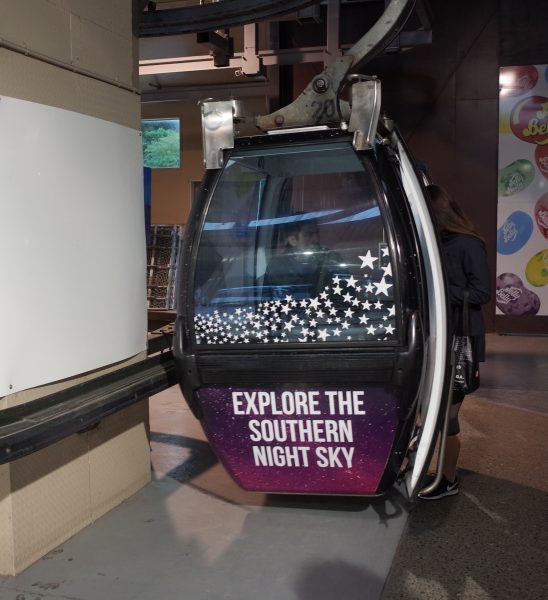 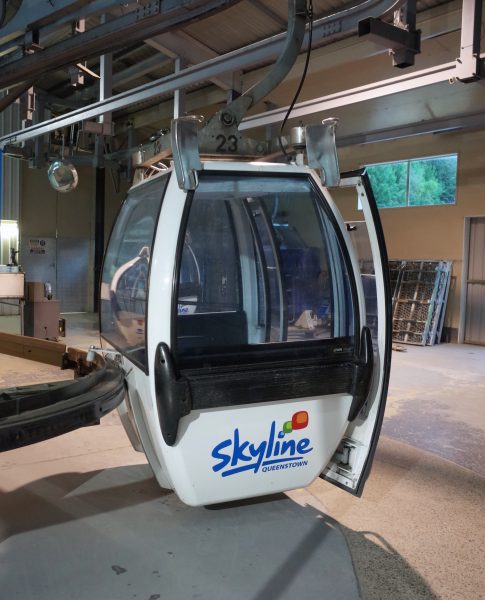 We were rewarded with beautiful views: 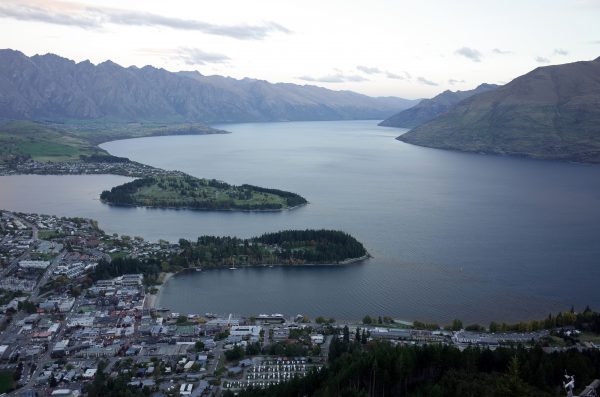 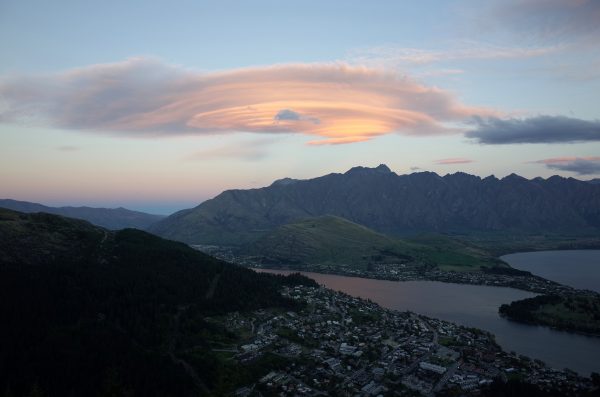 It was getting late so we went down and got home to rest and to get ready for the adventures of the following day.